Blockchain Technology: Four Uses for the US Government

Cybersecurity in the federal government has received much attention in recent months, and with good reason. A slew of prominent hacks has rocked federal systems and forced the executive branch to issue a new executive order. Blockchain technology is not a panacea for America’s cyber vulnerabilities. It is, however, a powerful tool in the federal decision maker’s toolkit for bringing the United States government into the digital age. The primary principles that underpin blockchain technology have promising implications for securing and managing data, protecting supply chains, and developing smart energy infrastructure both on a domestic and international level.

Blockchain may seem daunting to implement in the public sector, but the core concept is simple: it is a type of database, or ledger, that stores data in unique blocks. Additions to that ledger rely on mathematical logic and the consensus of the decentralized blocks, rather than a centralized (and vulnerable) entity. As each authorized participant adds data using secure codes, new individual blocks are formed. 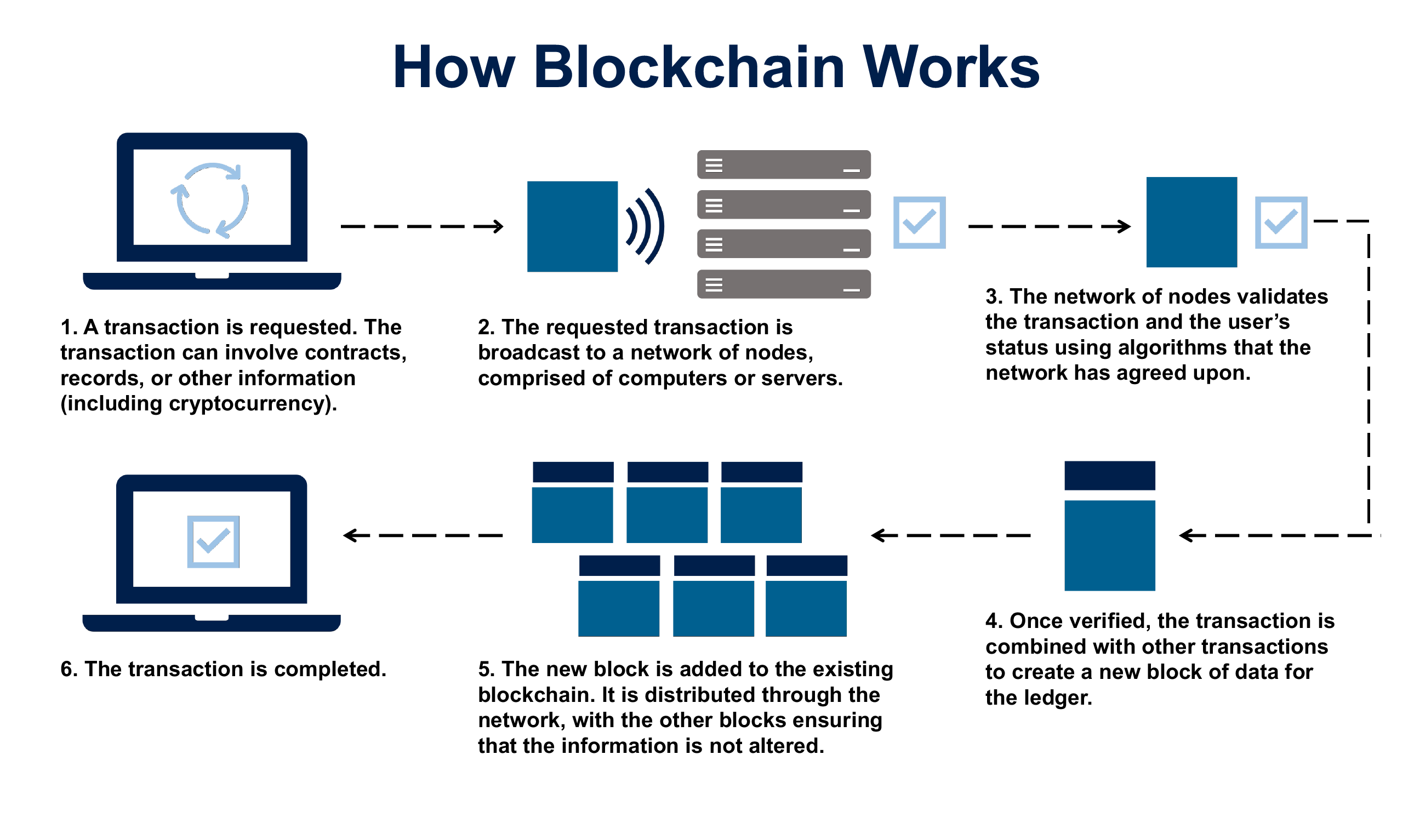 The federal government deals with a staggering amount of information, from tax records to image data transmitted from rovers on Mars. At the same time, it also often needs to share its data with stakeholders across the country. This is where blockchain can help – the distributed ledger that blockchains are built on can serve as a secure method for sharing and storing data.

For government organizations that deal with personal medical data, like the Department of Veterans Affairs (VA), a blockchain could store that data as secure blocks on a private chain that allows transparency between the VA and medical institutions. The chain acts as a verifiable record that cannot be altered by malicious actors, ensuring that the data is not lost or tampered with. Implemented properly, this technology could help the VA avoid hacks of personal information that it has experienced in the past and better respond to the needs of US veterans.

Blockchain technology could also improve identity management within the federal government. For example, identity management is a key feature of the Department of Homeland Security’s (DHS) mission. Whether it is the United States Citizenship and Immigration Services (USCIS) processing documentation or Federal Emergency Management Agency (FEMA) approving credentials in disaster zones to give them access to programs, DHS needs to handle identity information safely and quickly. Organizing such information as nodes on a blockchain not only makes these processes more secure but also improves speed and accuracy. Using a blockchain for identity management would help to automate the process of verification that currently often relies on paperwork and individual assessments that have the potential for error. In matters of homeland security, the increased efficiencies from new technology like blockchain could quite literally be lifesaving.

DHS has been proactive about researching blockchain’s potential to help achieve its mission, as have a variety of other entities across the federal landscape. But it is now time to take blockchain out of the realm of experimentation and begin to leverage its benefits for the American people.

Blockchain can play a large role in sharing data across multiple sources. Pharmaceutical companies within the medical supply chain utilize blockchain to track and trace medicine sent from labs to the patients to prevent counterfeit activity. A ledger for a drug is created by the lab company that identifies the point of origin for the drug. For each movement the drug makes through the supply chain, the ledger originally created obtains and records data for each “stop” — its location, who it comes into contact with, all the way to the patient receiving the drug. Blockchain allows for efficient streamlining and retrieval while also monitoring for illicit or counterfeit activity.

Federal agencies such as the US Agency for International Development (USAID) and the Millennium Challenge Corporation (MCC) continue to explore the role of emerging technology, including blockchain, in how they implement development projects and partner with the private sector and other donors to provide life-saving medical care and products to communities. Amidst the COVID-19 pandemic where vaccines must be safely produced, transported, and received across the world, blockchain technology could improve the global health supply chain.

Blockchain technology can play a role in the rise of decentralized energy grids and international gas trading. For example, researchers at the Massachusetts Institute of Technology (MIT) are creating means to secure financing for solar microgrids with a “smart contract” that senses solar resources and facilitates payments. The technology decreases risks for lenders and lowers costs for renewable energy infrastructure in developing countries. Through streamlined and automatic processing, trade and payments can be made instantly while remaining protected and secure anywhere in the world.

USAID continues to research, understand, and develop partnerships with organizations to promote smart grid technology and increase the role of the private sector to streamline transactions and create “smart contracts.” Facilitating these types of interactions promotes secure financing and enables better local, sustainable energy infrastructure development and delivery in countries.

Blockchain is no longer speculative – the technology has arrived. At WBD, our data scientists can deploy blockchain to achieve our clients’ missions. Protecting against fraud and cyber attacks, improving efficiencies, and ensuring data privacy underlies all our work supporting the US government at FEMA, the DoD, the VA, and at USAID. We help our clients make better decisions around advanced technology and automation while remaining accountable and secure.