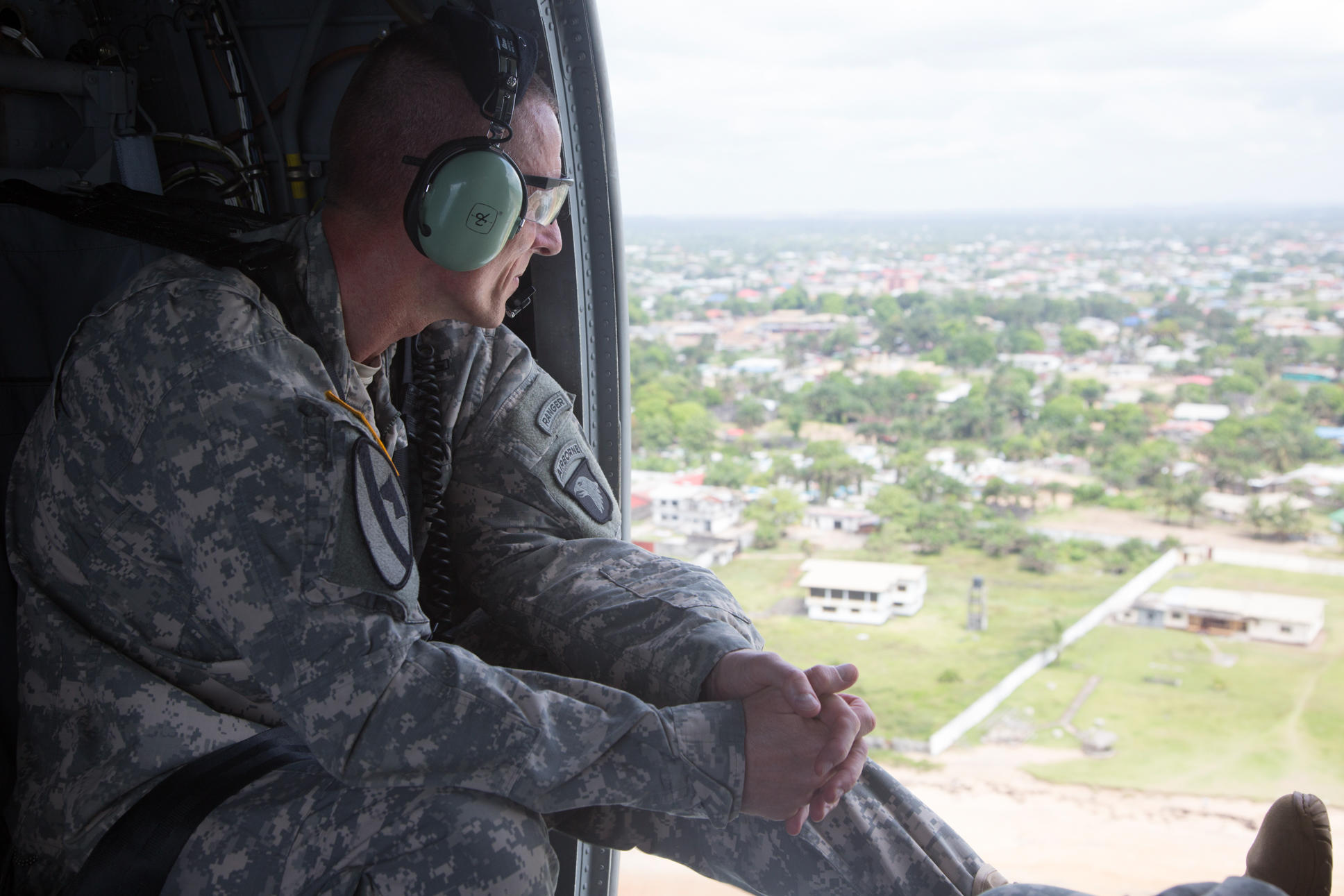 “When the President of the United States said he was sending in the U.S. military, we began to get hope. We knew we were going to survive this outbreak when the helicopters started to show up.” That’s what U.S. Army Lieutenant General Gary Volesky recalled the Liberian Minister of Defense saying during that country’s 2014 Ebola virus outbreak.

Volesky commanded the Joint Forces Command  — called United Assistance, and led by the 101st Airborne Division  — to support the U.S. Agency for International Development (USAID) during the 2014 Ebola response mission in Liberia, the epicenter of the 2014 Ebola virus outbreak. More than 2,500 U.S. soldiers deployed to support USAID, marking the first time the U.S. military ever supported a large global health crisis.

The move proved to be pivotal in containing the virus and saving lives.

“The reason it was successful is because everyone came together and we leveraged the strength of every organization to get to the end stage,” Volesky said in a March 4, 2020 interview with Washington Business Dynamics.

General Volesky emphasized that this was a USAID-led mission and “at the end of the day they were the decision makers.” He said he offered his recommendations and voiced what he could do and support, but they were in charge of operations.

“We realized that we had to collaborate because the decisions they wanted to make required a whole lot of military support,” said Volesky.

For example, USAID wanted the military to fly blood samples on their helicopters, but the military could not safely do that. However, Volesky knew that U.N. troops routinely flew blood samples in neighboring Ebola-stricken Sierra Leone on their mi-8 helicopters. So to meet USAID’s request, his troops surveyed and identified landing zones for the U.N. helicopters to operate in Liberia as well.

Also, Volesky routinely flew Liberian and USAID officials together in his helicopter to quickly get to remote and hard-to-reach places to assess the situation on the ground together. “We had these little teams that could go in and together say ‘here’s what we see.’ And if anyone asked why this was so successful it was because of [those experiences] and we didn’t care who got the credit,” he said.

The sharing of information was absolutely critical, said Volesky, including daily meetings with all of the team leads from the State Department, the Centers for Disease Control and Prevention, and USAID to “cross fertilize” observations and share information. 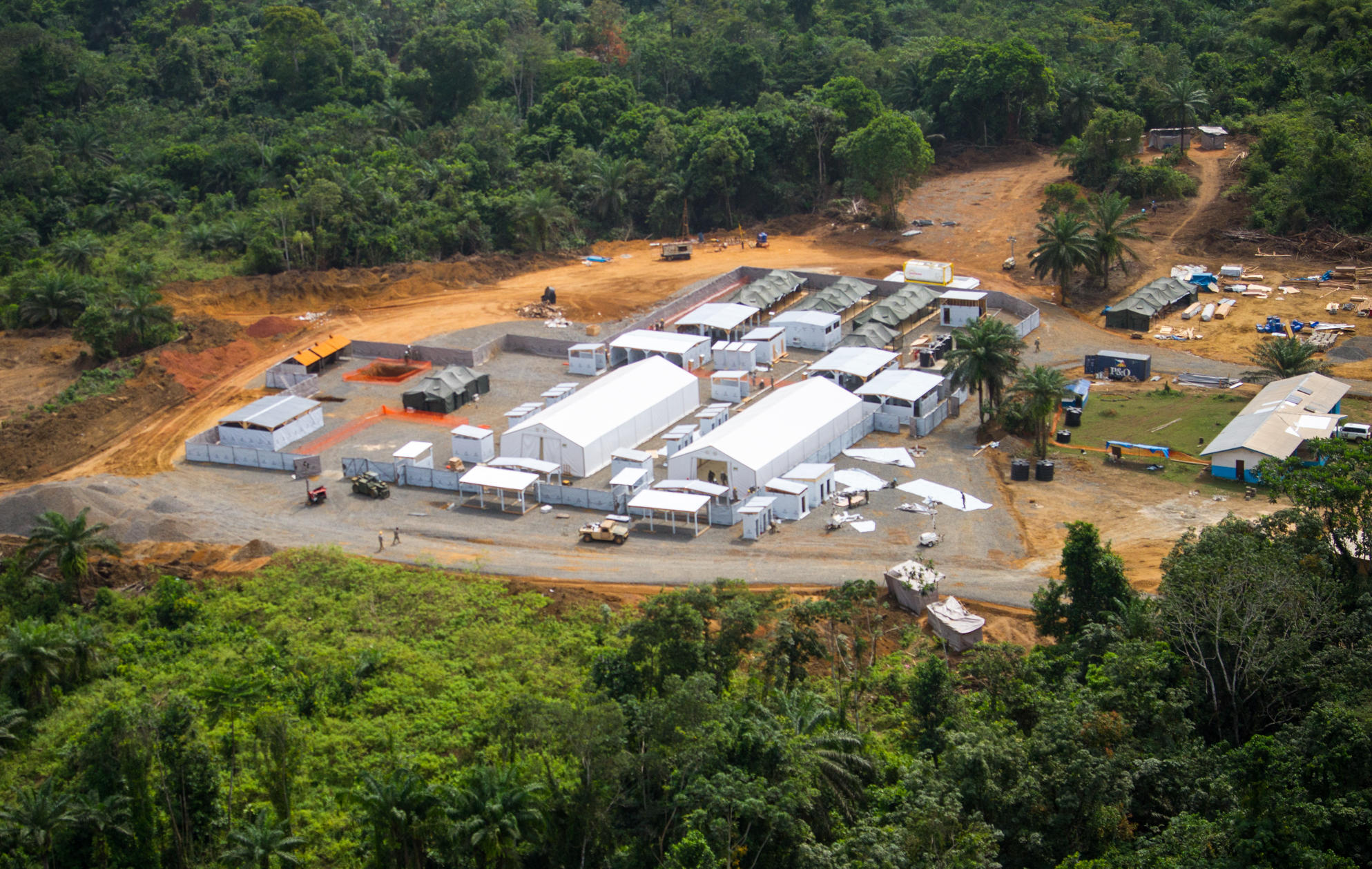 The military also has enormous capabilities to deal with a health crisis. They have the technical abilities and large supplies of medical protective gear (they’re trained to fight in a biochemical war), medical research, and important logistical abilities. They also have heavy equipment and can even construct full hospitals in a matter of days or even hours.

“We have a unique ability to move data,” said Volesky. In Liberia they received permission to use the Army’s service-wide intelligence system, called DCGS-A and used extensively in Iraq and Afghanistan, for their work in Liberia. Liberian officials were predicting a million deaths, but “we took all this data of Ebola cases and used this system in a different way to show them no, it wasn’t going to be that way.” Working together, the Liberians and the U.S. Army used the D6A system to compare confirmed cases with suspected cases to predict trends.

“That whole collaboration of sharing our capabilities sharing this data - that’s something the army does really, really, well,” he said.

On January 14, 2016, the World Health Organization declared the Ebola virus outbreak over in Liberia, and joint civilian-military cooperation was a key factor.

“That collaboration enabled us to take a problem that was going to be 18 months to 6 months and then be done with it,” said Volesky.

Sticking to his belief that best practices must emphasize a collaborative approach, General Volesky credits Liberia’s President, Ellen Sirleaf, for changing the cultural norms in Liberia and end the practice of shaking hands and close physical contact when greeting each other, one of the ways that Ebola spreads. 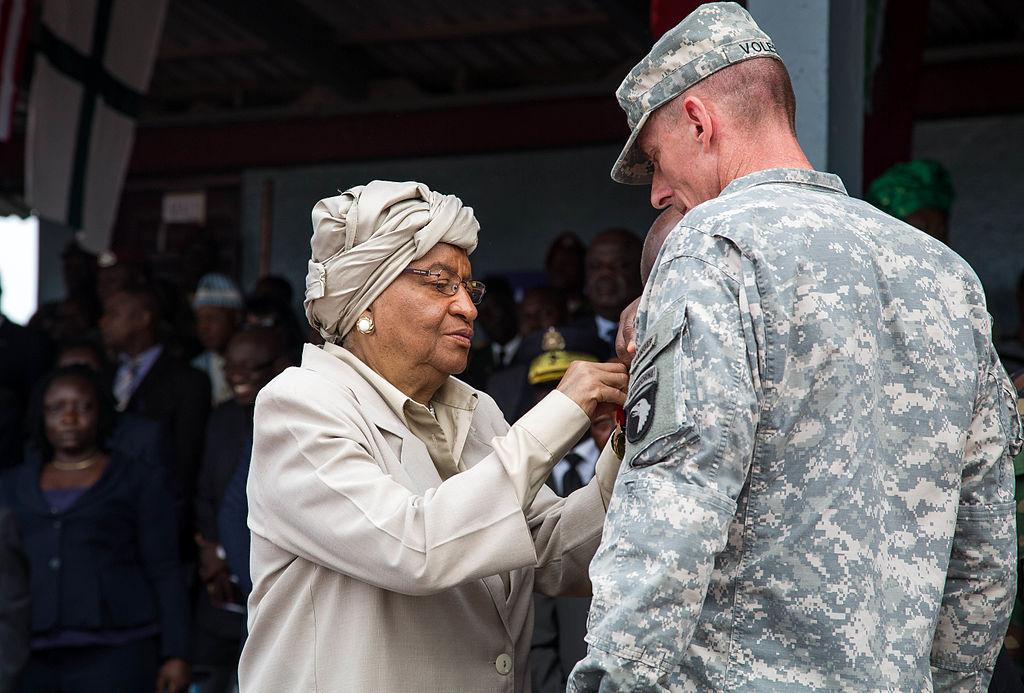 “If you would have told me that in my town of 180,000 people were not going to shake hands anymore I would have thought you were crazy. But she did it,” Volesky said about President Sirleaf.

He credits her and the Liberian government, which took charge of the situation and rallied its citizens to the cause, with helping to end the spread of the disease in a timely manner.

“At the end of the day, the real winner was the government of Liberia,” he said. “In my opinion, a large share of the stop of the transmission was due to changing cultural norms.”