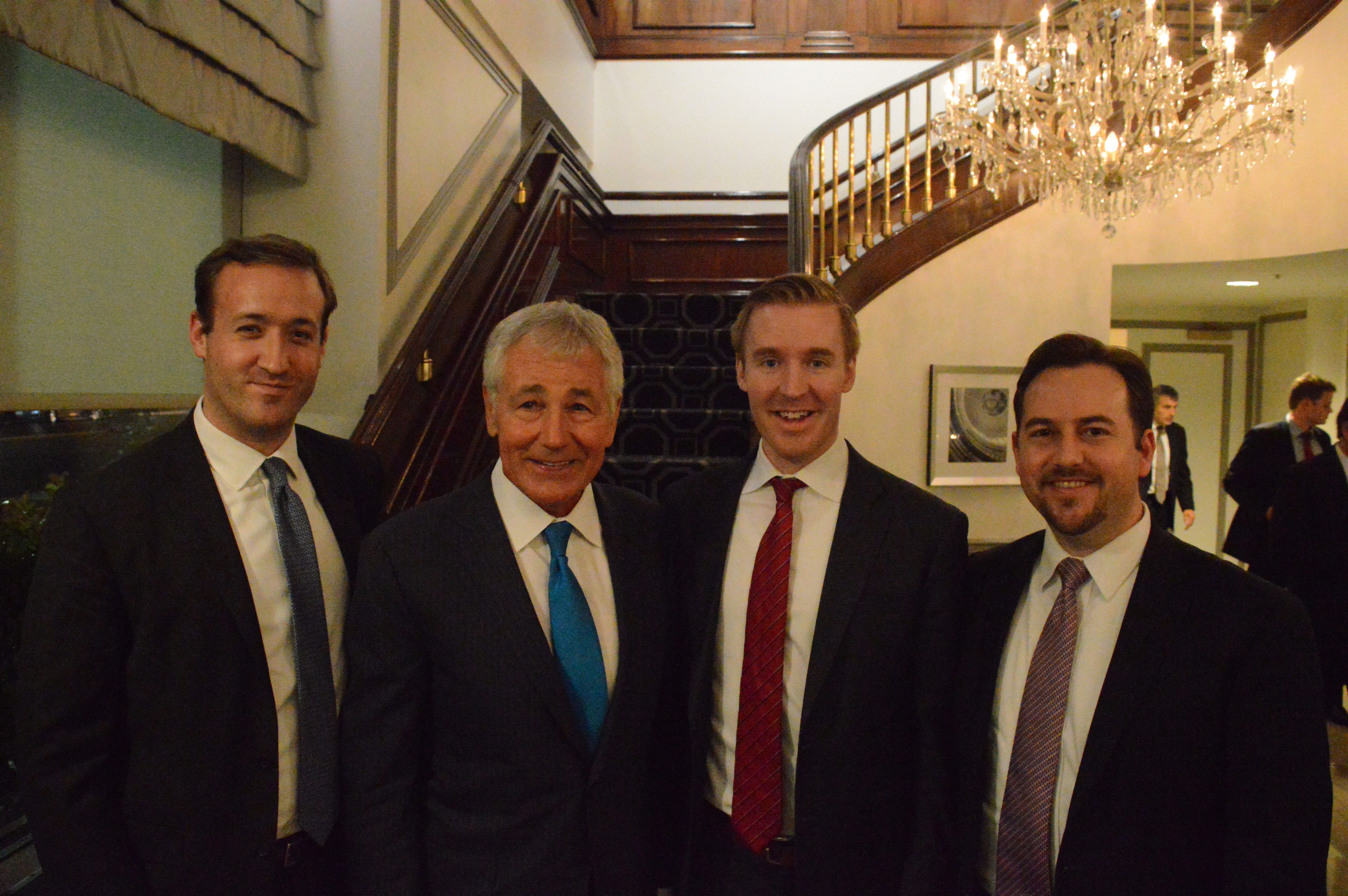 “WBD is doing a great service to this country,” Secretary Hagel said from the stage. His remarks focused on the United States’ current national security issues, and how to best combat them with a unified government and streamlined Department of Defense.  “Although we’re not the same country we were in the 1950s and 60s, no problem gets solved without our [the United States’] involvement. Without our involvement there is no solution. Without the United States, no one will take it on.”

Scott Caldwell, WBD co-founder and president, kicked off the event by introducing Secretary Hagel to the room of 150 PSA members, where he focused on Secretary Hagel’s accomplishments, both in and out of office, and how the former Defense Secretary’s work has influenced WBD’s mission.

“Today, WBD’s largest client is the Pentagon,” said Caldwell. “And it was Secretary Hagel’s initiatives to fight for cybersecurity and ensure smarter Pentagon acquisition practices that continue to impact our nation—and WBD.”

In addition to Department of Defense work, Caldwell thanked Secretary Hagel for his efforts to strengthen America’s global alliances. “Secretary Hagel worked tirelessly to strengthen our allies, including trips to Indonesia and work with ASEAN,” Caldwell said. “Today, WBD is working in Indonesia on behalf of the U.S. government’s Millennium Challenge Corporation, focusing on reducing corruption and improving procurement practices.”

PSA is a nonprofit established to advance bipartisanship on the national security and foreign policy challenges our country faces. By bringing leading Democrats and Republicans together to seek common ground, PSA aims to increase awareness of these critical challenges. To achieve this mission, PSA organizes national events such as town hall meetings, conferences, and speaker series to support the bipartisan center in American national security and foreign policy. Previous PSA Off-the-Record Discussion speakers have included Retired General David Petraeus and former Secretary of State Madeline Albright.